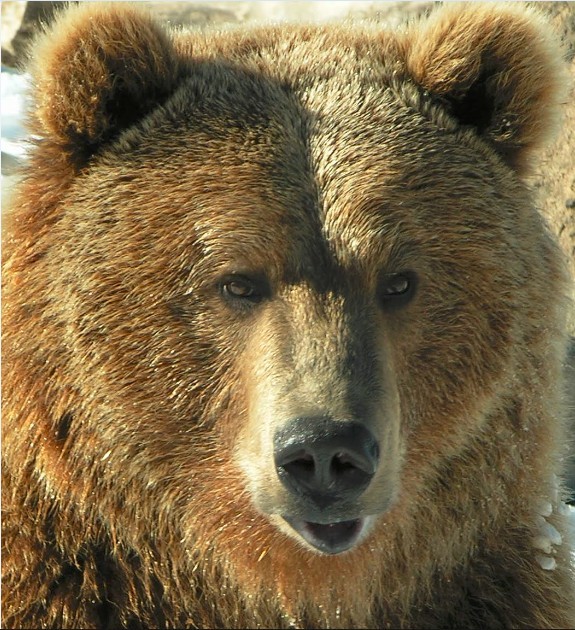 A committed atheist (that is someone who steadfastly does not believe in a god of any sort) was on a trekking holiday when he became lost in some dense woods.

A large angry bear, with ten starving cubs back home and claws like kitchen knives, suddenly emerged from the undergrowth.  The atheist screamed in terror, turned and ran. The bear was quicker however, and after a long and desperate chase eventually cornered the atheist in a gully.

The exhausted atheist sank to his knees, shaking.
The bear, seeing that its prey was trapped, moved slowly towards the petrified man, drooling. The bear was drooling too.

The atheist lifted his head, with tears in his eyes, and uttered the words he thought he would never say in all his life: “God help me…”

With these simple three words, a blinding flash of lightning lit up the sky. There was a deafening crash of thunder. The clouds parted. A brilliant light shone down. The forest fell silent. The bear froze still, in a trance. The atheist stood gaping, transfixed.

A voice came loud from above, louder than twenty AC/DC concerts, all happening at the same time. We can safely assume this voice to have been the voice of a god of some sort.

“You atheists make me seriously mad,” boomed the god, “You deny me all your life. You tell others to deny me too. You put your faith in all that bloody Darwinian airy-fairy scientific nonsense, and then what a surprise – you get lost because you can’t read your stupid map, and now you’re about to get eaten by an angry bear all of a sudden you’re on your knees sniveling and begging for my help?……… You must be joking…”
The atheist looked down, realizing that he was not arguing from a position of strength.
“Okay, I take your point,” said the atheist, thinking on his feet, while he still had them, “I can see it’s a bit late for me to convert, but what about the bear? Maybe you could convert the bear instead?”
“Hmmn… Interesting idea…” said the god, thinking hard”, Okay, It shall be done”. At which the brilliant light dimmed and vanished; the clouds closed; and the noises of the forest resumed.
The bear awoke and shook its head, a completely different expression on its face. Calm, at peace.
The bear closed its eyes, bowed its head, and said, “For what we are about to receive, may the Lord make us truly thankful, Amen…”